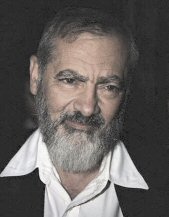 
Welcome to The Crossing of The Jordan River into Canaan to The Destruction of The First Temple Jewish History Section of Jonathan's Right Wing Zionist Homepage!

After Moses died, Joshua took over for him. In 1240 B.C.E., The Jews crossed The Jordan River into Canaan under his leadership. The Jordan River ran backwards when it was parted with The Ark of The Covenant so the nation could cross it. Rachav The Prostitute helped Joshua conquer Jericho. Joshua circled the city 7 times and then the walls fell. Joshua and then other Judges ruled Israel Israel until about 1025 B.C.E.. The Twelve Tribes settled in Judea and Samaria and didn't reach The Mediterranean Sea except North of Haifa. The Philistines, a Sea People from the Mediterranean region, conquered and settled on the coast in areas like Ashdod, Ashkelon, and Gaza. Samson of The Tribe of Dan whose Hebrew name Shimshon means "Little Sun", fought The Philistines in the region, but afterwards, Dan relocated to Tel Dan near Kiriat Shmona and The Banyas because they couldn't bear being around The Philistines.

The last Judge/first Prophet was Samuel. His mother was Chana who couldn't have kids until she prayed to God at Shilo. The people wanted Samuel to appoint a king. He appointed Saul. Saul didn't listen to Samuel's instructions which came from God. Samuel went to Jesse of The Tribe of Judah to look for one of his sons to become the new king. He came across David. David made a name for himself when he defeated The Philistines by using a slingshot against the giant Goliath. David married Saul's daughter. Later Saul tried to kill him. David ran away and Saul and his son Jonathan, who was David's friend, were killed fighting The Philistines. David wrote that Jonathan's love was worth more than all the women.

After Saul's death, David became King and ruled from Hebron for 7 years from 1010 B.C.E. to 1003 B.C.E.. In 1003 B.C.E., he conquered the Jebusite city of Jebus which was at the site of Jerusalem. He made it Jersualem and the new Capital of Israel. He had sons from many wives. There were many scandals in the family. At his death in 970 B.C.E., Solomon, his son from Batsheva, became King.

Solomon built The First Temple. He got wood used in its construction from cedar trees in Tyre, Lebanon. He made peace with and ruled over many countries and married women from those countries.

In the end of Solomon's reign, he was corrupt. When he died in 930 B.C.E., Northern Israel split off under King Jeroboam and became The Kingdom of Israel and The South became The Kingdom of Judah under Solomon's son King Rehoboam. Israel was made up of Reuben, Issachar, Shimon, Zebulun, Gad, Asher, Ephraim, Menashe, Dan, and Naphtali. Judah was made up of the priestly tribe of Levi, Judah, and Binyamin. Judah had one capital, Jerusalem, and one Temple. Israel had 4 capitals and many temples. Both kingdoms were doing wrong in the eyes of God and prophets spoke in God's name to warn them that they would be conquered exiled if they didn't return to God. Amos went from The South to The North to warn them which earned him many enemies there. At about 721 B.C.E., Asyria conquered and destroyed Israel. King Sargon of Asyria exiled The Ten Northern Tribes and scattered them to many places. They asimilated and lost their religious indentity and became The Ten Lost Tribes. Information on the where abouts of The Ten Lost Tribes can be found at http://www.moshiach.com/features/tribes/default.php. Jeremiah warned that Judah would be attacked like Israel. Other prophets such as Isaiah and Micah, who spoke that no nation will declare war on another nation, spoke of a redemption to end the coming exile. This is the basis of the belief in The Meshiach. Later, Chaldean Babylonians led by Nebuchadnezzar conquered Asyria. In 586 B.C.E., The Babylonians conquered Judah, destroyed Jerusalem and The First Temple, and exiled all of Judah's Jews to Babylonia. This is how the Jewish communities of Iraq and Iran were started. Some Jews were brought to areas that later became part of The Russian Empire when Nebuchadnezzar of Babylon deported them there.